Come live in a fairy tale for a while! 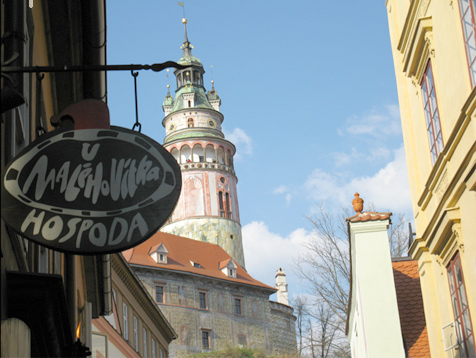 The Hotel U Malého Vítka is located in the heart of the Old Town in Český Krumlov on one of its oldest streets – Radniční ulice. A 7-minute walk to the castle and less than a minute to the town square.

The hotel was created by joining three burgher houses together. All three houses still stand on their Gothic foundations; two of them have Baroque Classicist façades while the third still bears its original Gothic appearance with a portal from the later 15th century. Three Gothic houses come together to create a Medieval atmosphere with a friendly modern attitude. There are 20 rooms to choose from, while we lovingly look after you and support the original historical atmosphere. All our rooms feature standard modern facilities such as bathrooms and showers, TV, telephone in the room, and Wi-Fi throughout the entire hotel.

A labyrinth of corridors, impressive wooden furniture, cross vaults… An atmosphere straight out of films and fairy tales. Come and experience how the Český Krumlov burgher residents lived. Come enjoy Krumlov and have a great time here. We look forward to seeing you!

In case of late arrival please let us know in advance by email or phone call.

Please let us know if your departure is before breakfast hours, we can make for you breakfast package to go.